Other Game News and Updates

Other game news and updates not always related to TBU 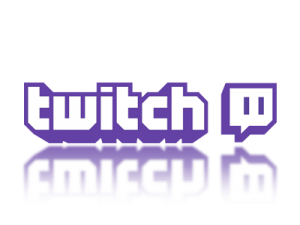 Don’t usually post news items such as this, but it is relevant since many of us use this for streaming.

Amazon has officially bought Twitch for $970 million. According to Twitch the company will remain independent from Amazon,  “keeping most everything the same,” but will have access to more resources to improve their service.

Google had been rumored to be on track to purchase Twitch. The deal fell through when Google became concerned of Anti Trust issues from the acquisition.

Lets hope that not much changes on how Twitch does business, such as being able to directly upload to YouTube. We will have to wait and see. Kerbal Space Program has added the new Contract system into the game, as well as updating the client to 64-bit. Both are larg steps for the game and should help with fun and stability.

With the contract system you will have to be careful on how expensive your rocket is, how much fuel you use, and how much of your ship you are able to recover at the end of the mission. Contracts introduce funds into the game as well as a reputation system, so if you loose a lot of Kerbals, you could loose a lot of rep. Some contracts have deadlines, so watch out for those.

If you don’t want to use the Contract system, there is a option to continue with the old system without contracts when creating a new game.

The client has also been updated to 64-bit. This means running plugins and mods should run with better stability, and overall performance should improve since the client is not as limited in its memory usage.

This update brings some changes to the UI, new rocket parts, updated parts, and updates to the Tech Tree as well.

Posting this to continue the stream of information on the progress the developers have been making on StarMake.

No, still no server. It will depend on the next few updates on when we will start it back up. It will also depend on the server app’s stability and resource usage. Quoted from their site:
This overhaul will replace the existing “Realistic” option as a new default, while staying true to the majority of designs to avoid any confusion.
The designs, clarity and tiling of the new textures should not only look prettier,  but make more sense visually.

I’ll be displaying more in-depth samples here;   and will try and answer as many questions as possible should you have any.

StarMade has released a more updates and this underlines why we have not been running the server recently. As it stands we would probably have to start the Universe over once again to take full advantage of the changes.

This is a risk that is run with running a server for any game that is in Alpha and even Beta.

During Alpha the creator’s may not have a full view of what some of the systems they have built into the game will be once its farther along. Some things may have to change or will change to improve their function.

– There has also been reports of lag issues (not sure if this improved with 0.158)

– Changes to the weapon system

Once things become more stable and optimized we will bring the server back online. We may bring it back up before hand if enough interest is shown in people wanting to join it.

Any rate, some patch notes:

More detailed notes can be found on their website: http://star-made.org

Grand Theft Auto V – Coming for PlayStation®4, Xbox One and PC this Fall

Seems the news we have all been waiting for was revealed at the recent E3, GTA5 will be releasing on PC this Fall.

So far the expected release date is 17th September 2013

At long last, Dog Fighting Module (aka Arena Commander) has been released for Star Citizen.